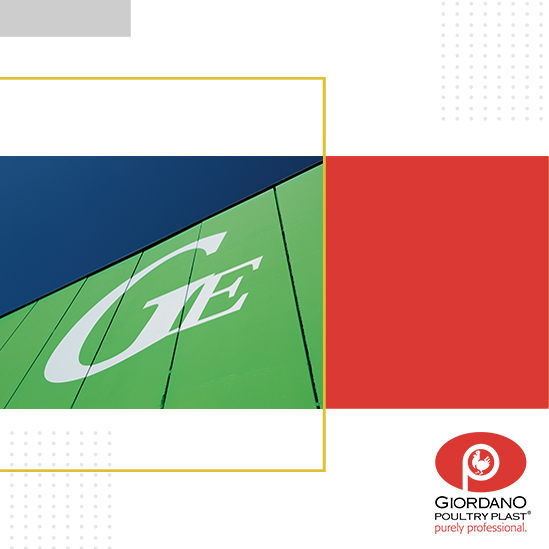 Environmental sustainability has become an absolute priority for any entity that wishes to be seen as fully responsible for its own industrial production. The 2030 Agenda https://sdgs.un.org/2030agenda has set objectives that can no longer be deferred. Nay, to ensure a better future for ourselves we should all seek to be ahead of its terms and times.

It is equally clear that no single magical formula exists for solving problems in every field. The path is made up of many daily actions, small and big, which impact upon each phase of the production processes.

That is why, for some time already, Giordano Poultry Plast has embarked on a careful and detailed analysis of its activities, which has resulted in an optimisation of actions and processes, making them technically more effective, faster and more efficient in energy terms. In short, a reduced environmental impact.

When selecting materials, the choice of quality has become incumbent. Beginning with the raw materials employed: with the introduction in the plastic base of non-fossil materials and other technological components, all “food contact”-approved, alongside the use of colourants certified to be free of any heavy metals.

The older presses have been progressively replaced with new generation models, leading to a significant reduction in energy consumption, which had long risen due to the high cost of energy. To manage consumption better, Giordano has opted for energy self-sufficiency, equipping itself with its own power plant within the Caraglio site in Italy. It is powered by non-fossil fuels (vegetable or animal fat), mostly produced in Italy, to reduce also the associated pollution caused by road transport.

The increased efficiency of the plants has brought about a series of additional drops in emissions: from noise levels to wastewater, the latter, essentially, by resorting to the closed circuit.

The totality of these changes has generated a significant improvement of the workplace, for the benefit of the quality of life of all internal staff.

These are not merely middle- to long-term investments, but instances of sharing a business “culture” and truly sharing the principle that the sustainability of industrial activities is an essential part of “an Agenda for the planet, which is our common home”, as stated by Ban Ki Moon, UN General Secretary at the time of his presentation.